'Skew' in the history of computer systems

I think a lot about 'skew', where over time, one part of computers (like, say, CPUs) improves faster than another part (like, say, hard disks).3

mostly thinking out loud -- I want to make the case that this historical skew is part of why the computer ends up being so complicated -- why it's designed in ways that might not make sense if you were doing it from scratch with today's components. 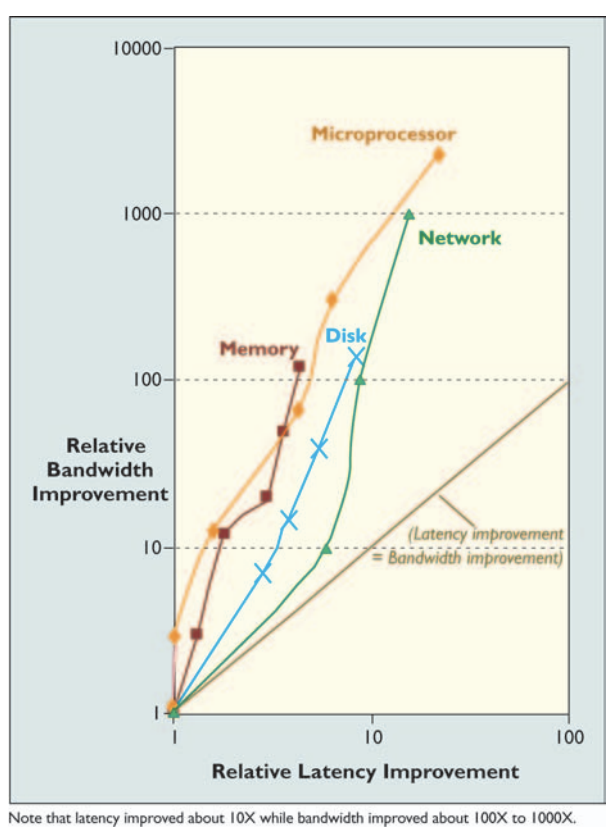 skew is why things are so complicated. there's so much built-up capital around the inappropriate abstractions that were made for the 1980s situation. you start sticking caching and speculation and stuff everywhere to get the slow parts to keep up, because you can't afford to throw your abstractions out

skew is why things are so unpredictable. the system used to work uniformly for all kinds of workloads, but when you paper it over with caches, you privilege certain uses (the common cases) over others. you create performance cliffs. you make it hard for the developer to understand what will be fast and what will be slow without testing empirically

(and you get second-order problems: memory improving slower => caching becomes important => context switching becomes expensive, because it nukes your cache => you need more complexity to make context switches fast again, or else you start to avoid them because they're slow) 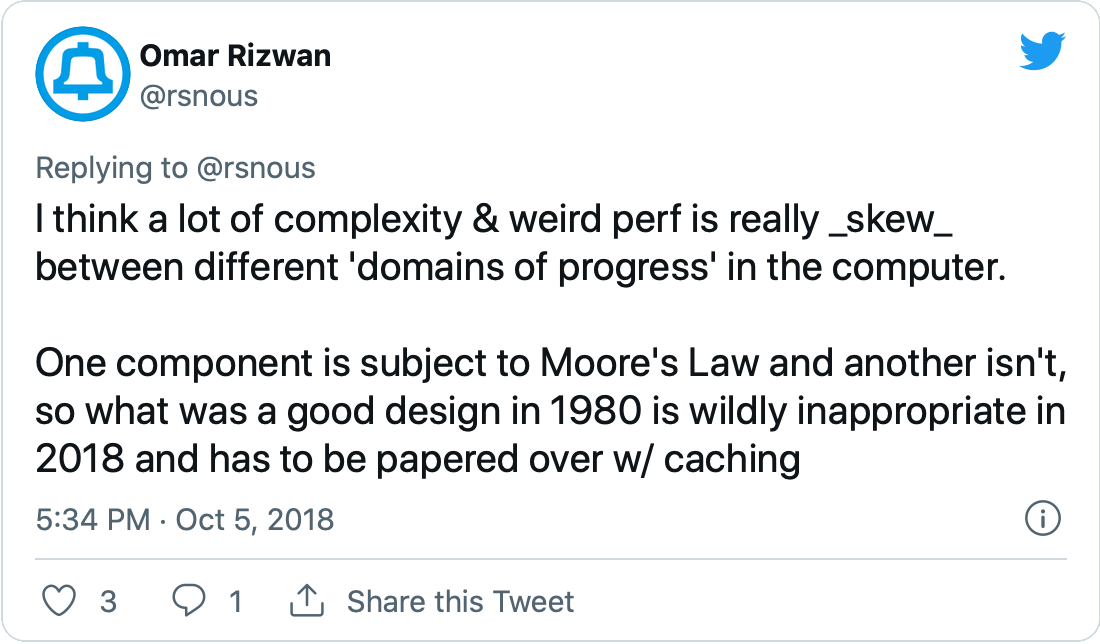 anyway, a thing to do is to look at the performance ratios of different components today, and see how those ratios are different from in 2000 or 1990 or 1980 (or whenever your system design was originally set)

can you come up with new abstractions, new ways of thinking that better reflect the way the components actually relate to each other now? 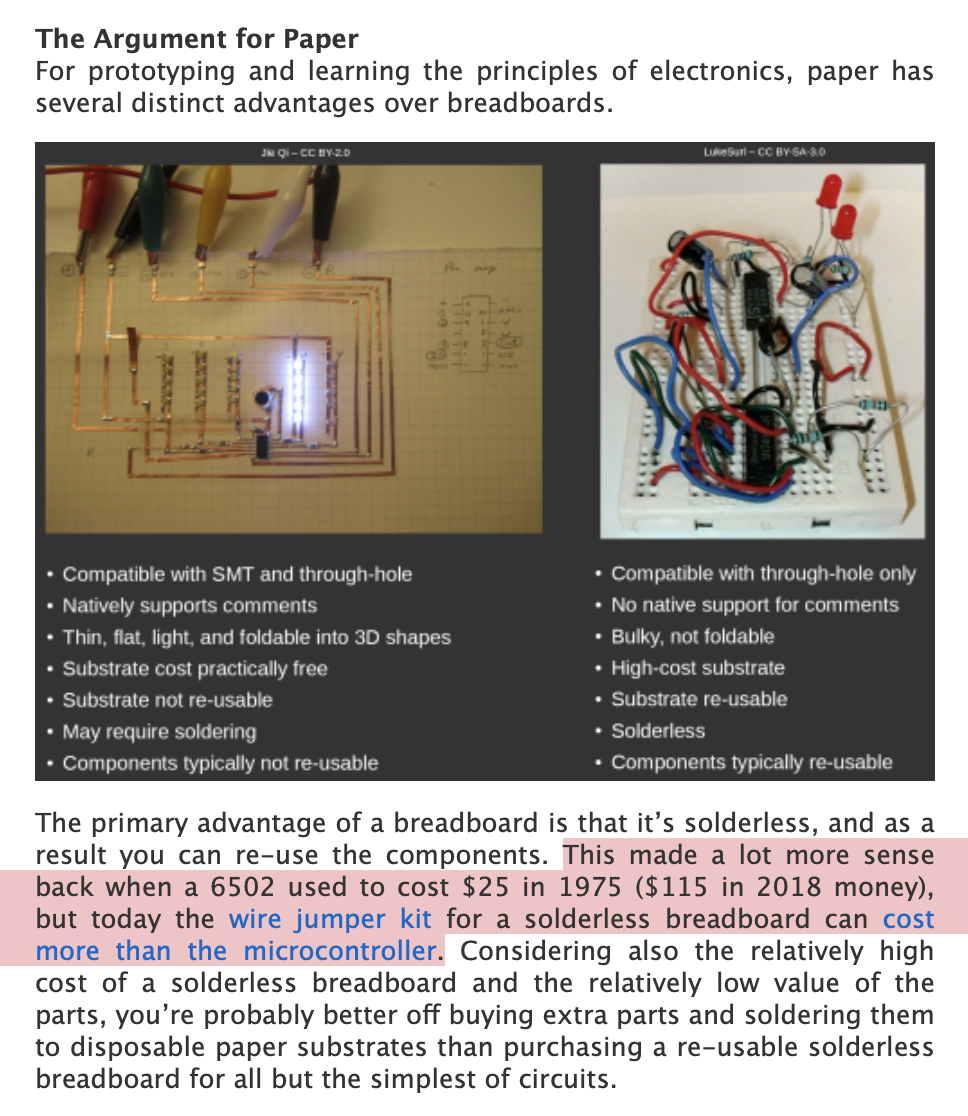 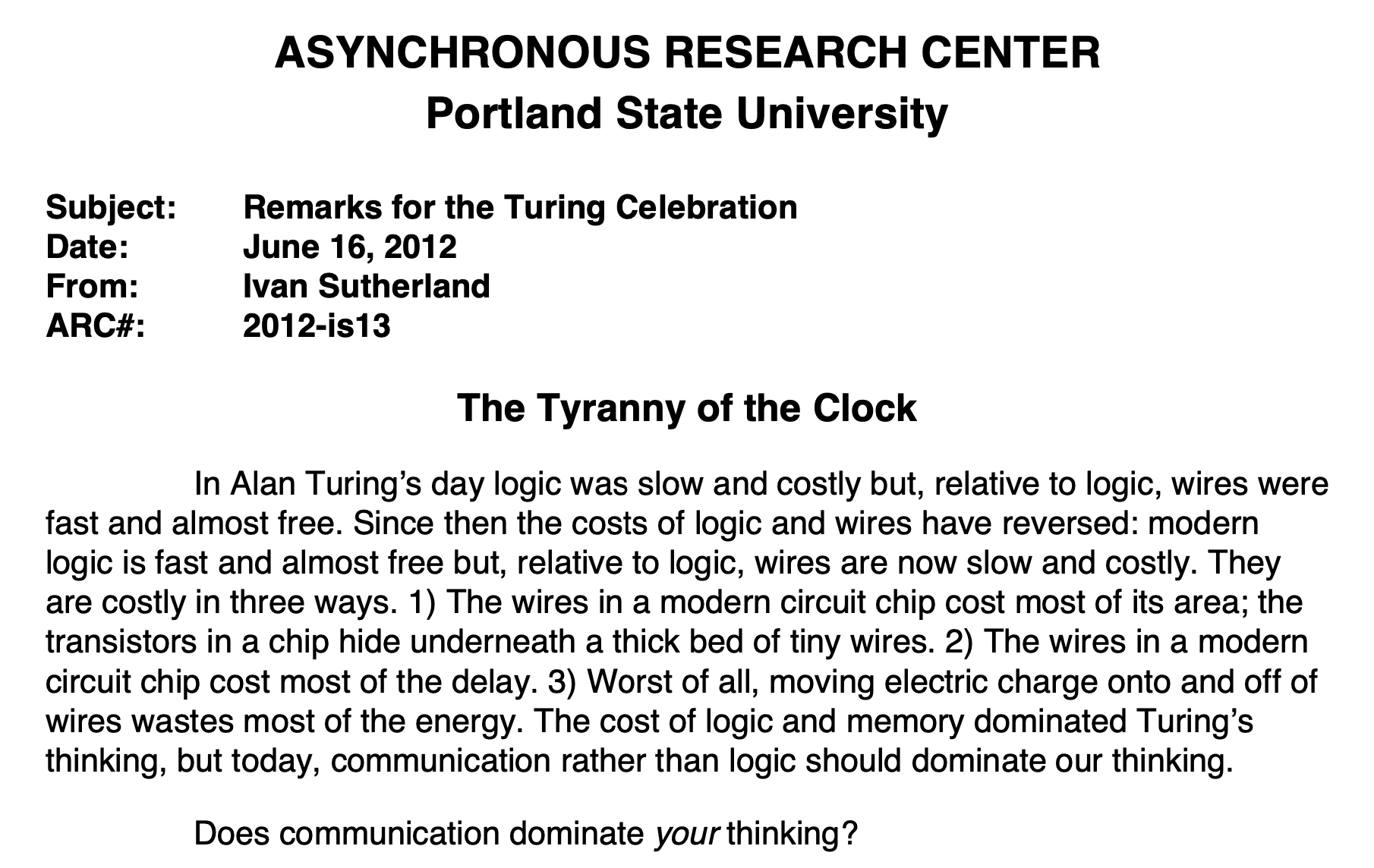 (This post was originally an email sent to my GitHub sponsors. Sponsor me for more notes like this!)